Initially, HTTP was a single request-and-response model. An HTTP client opens the TCP connection, requests a resource, gets the response, and the connection is closed. And establishing and terminating each TCP connection is a resource-consuming operation (in detail, you can refer to my previous article). As the web application becomes more and more complex, displaying a single page may require several HTTP requests, too many TCP connection operations will have a bad impact on the performance. 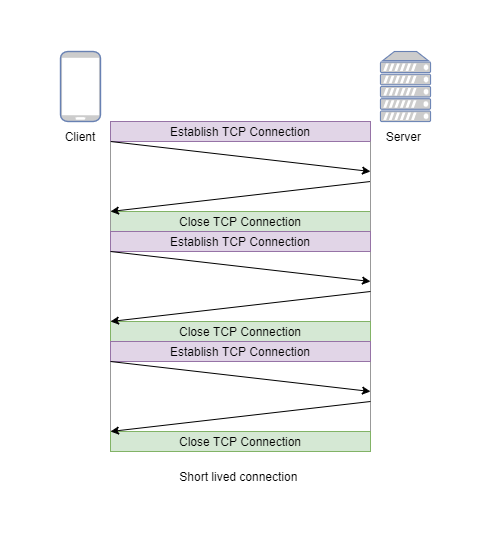 So persistent-connection (which is also called keep-alive) model is created in HTTP/1.1 protocol. In this model, TCP connections keep open between several successive requests, and in this way, the time needed to open new connections will be reduced. 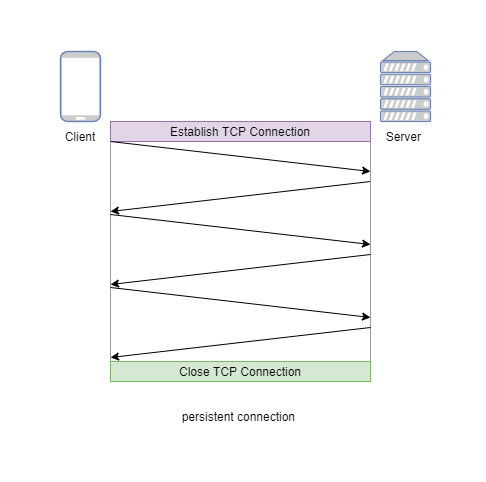 In this article, I will show you how persistent connection works based on a Golang application. We will do some experiments based on the demo app, and verify the TCP connection behavior with some popular network packet analysis tools. In short, After reading this article, you will learn:

You can find the demo Golang application in this Github repo.

Let’s start from the simple case where the client keeps sending sequential requests to the server. The code goes as follows:

We start an HTTP server in a Goroutine, and keep sending ten sequential requests to it. Right? Let’s run the application and check the numbers and status of TCP connections.

After running the above code, you can see the following output:

When the application stops running, we can run the following netstat command:

The TCP connections are listed as follows:

Obviously, the 10 HTTP requests are not persistent since 10 TCP connections are opened. 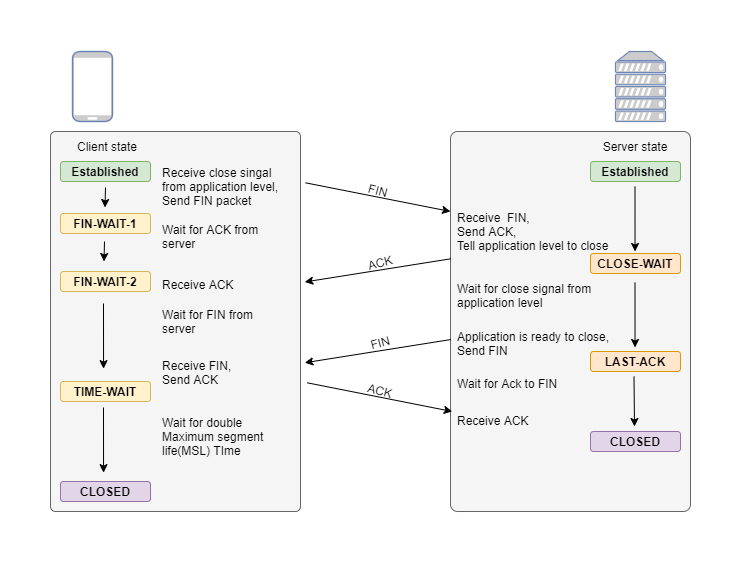 I will not cover the details in this article. But we need to understand the meaning of TIME-WAIT.

In the four-way handshake process, the client will send the ACK packet to terminate the connection, but the state of TCP can’t immediately go to CLOSED. The client has to wait for some time and the state in this waiting process is called TIME-WAIT. The TCP connection needs this TIME-WAIT state for two main reasons.

In our demo application case, if you wait for a while after the program stops, and run the netstat command again then no TCP connection will be listed in the output since they’re all closed.

Another tool to verify the TCP connections is tcpdump, which can capture every network packet send to your machine. In our case, you can run the following tcpdump command:

It will capture all the network packets send from or to the localhost (we’re running the server in localhost, right?). tcpdump is a great tool to help you understand the network, you can refer to its document for more help.

Note: in our demo code above, we send 10 HTTP requests in sequence, which will make the capture result from tcpdump too long. So I modified the for loop to only send 2 sequential requests, which is enough to verify the behavior of persistent connection. The result goes as follows:

Next step, let’s see how to make HTTP work as a persistent connection in Golang.

In fact,this is a well known issue in Golang ecosystem, you can find the information in the official document:

The fix will be straightforward by just adding two more lines of code as follows:

This time 10 sequential HTTP requests establish only one TCP connection. This behavior is just what we hope: persistent connection.

We can double verify it by doing the same experiment as above: run two HTTP requests in sequence and capture packets with tcpdump:

This time, only one Flag [S] packet is there! The two sequential HTTP request re-use the same underlying TCP connection.