In the second article of this series, I will review the source code of hystrix-go project to understand how to design a circuit breaker and how to implement it with Golang.

If you’re not familiar with circuit breaker pattern or hystrix-go project, please check my previous article about it.

This can be seen from the basic usage of hystrix as follows:

In the above usage case, you can see that timeout is set to 10 seconds, the maximum request number is 100, and the error rate threshold is 25 percentages.

In the consumer application level, that’s nearly all of the configuration you need to setup. hystrix will make the magin happen internally.

In this series of articles, I plan to show you the internals of hystrix by reviewing the source code.

Let’s start from the easy ones: max concurrent requests and timeout. Then move on to explore the complex strategy request error rate.

Based on the above example, you can see Go function is the door to the source code of hystrix, so let’s start from it as follows:

Go function just wraps run and fallback with Context, which is used to control and cancel goroutine, if you’re not familiar with it then refer to my previous article. Finally it will call GoC function.

I admit it’s complex, but it’s also the core of the entire hystrix project. Be patient, let’s review it bit by bit carefully.

First of all, the code structure of GoC function is as follows:

Let’s review each of them one by one.

Note that command object iteself doesn’t contain command name information, and its lifecycle is just inside the scope of one GoC call. It means that the statistic metrics about the service request like error rate and concurrent request number are not stored inside command object. Instead, such metrics are stored inside circuit field which is CircuitBreaker type.

As we mentioned in the workflow of GoC function, GetCircuit(name) is called to get or create the circuit breaker. It is implemented inside circuit.go file as follows:

The logic is very straightforward. All the circuit breakers are stored in a map object circuitBreakers with the command name as the key.

All the fields of CircuitBreaker are important to understand how the breaker works. 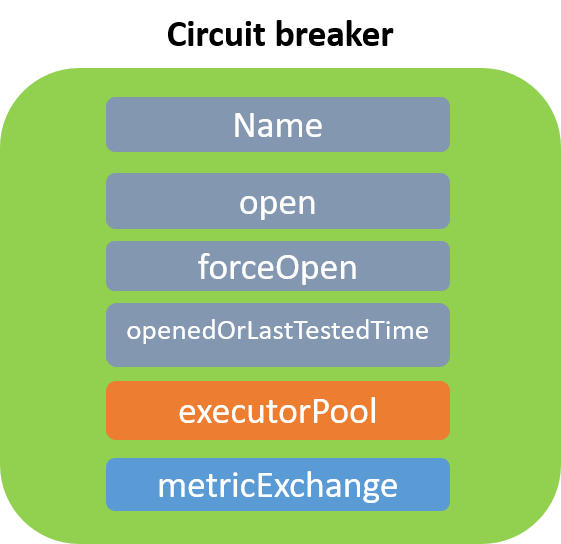 There are two fields that are not simple type need more analysis, include executorPool and metrics.

It makes use of golang channel to realize max concurrent request number strategy. Note that Tickets field, which is a buffered channel with capicity of MaxConcurrentRequests is created. And in the following for loop, make the buffered channel full by sending value into the channel until reaching the capacity.

As we have shown above, in the first goroutine of GoC function, the Tickets channel is used as follows:

Each call to GoC function will get a ticket from circuit.executorPool.Tickets channel until no ticket is left, which means the number of concurrent requests reaches the threshold. In that case, the default case will execute , and the service will be gracefully degraded with fallback logic.

The design and implementation of Tickets is a great example of golang channel in the real-world application.

In summary, the max concurrent request number strategy can be illustrated as follows: 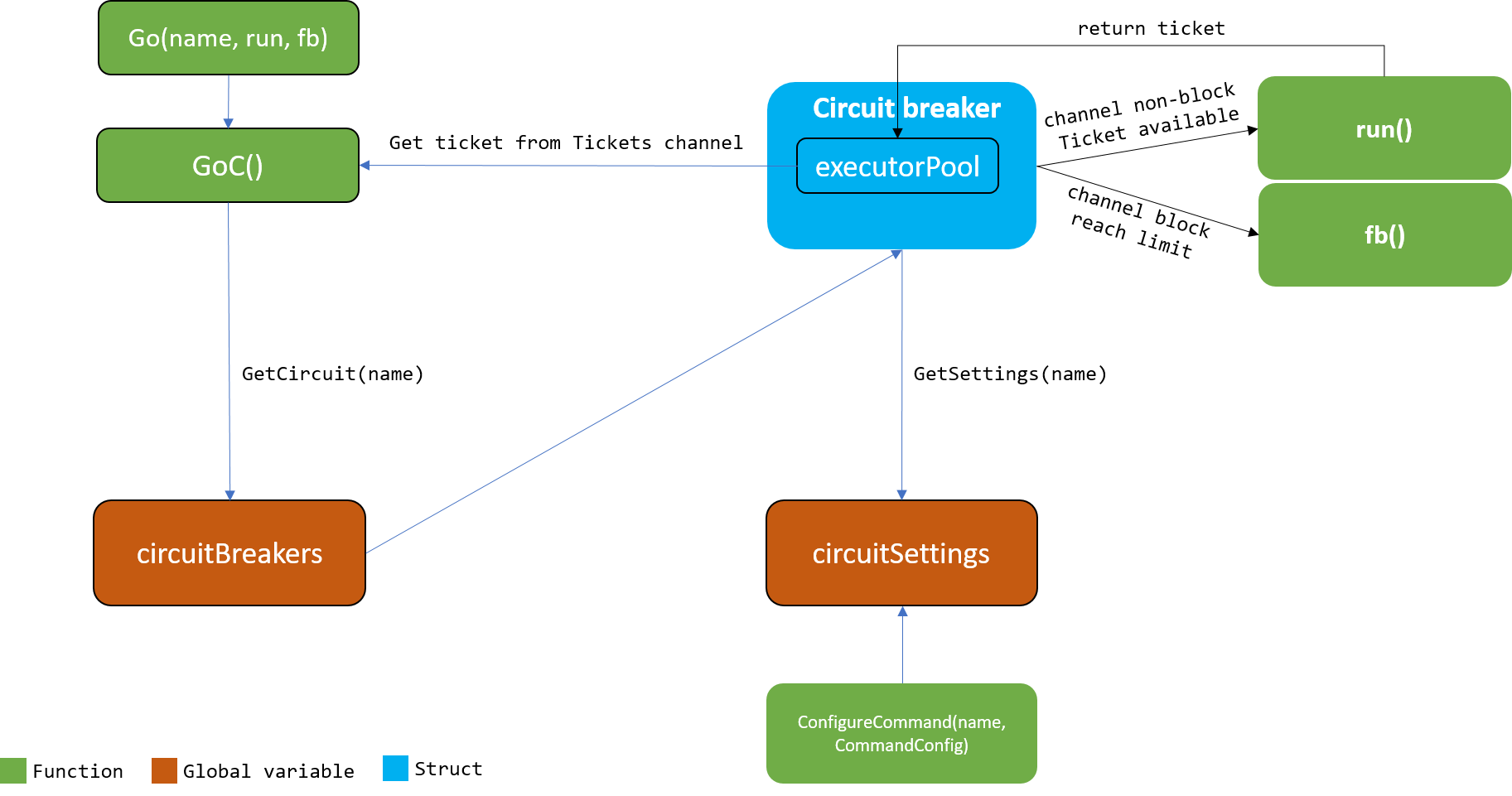 In this article, max concurrent requests strategy in hystrix is reviewed carefully, and I hope you can learn something interesting from it.

But I didn’t cover the detailed logics inside GoC function, including sync.Cond, sync.Once and fallback logics. Let’s review them and timeout strategy together in the next article.