In this post, I’ll talk about Golang package based on my learning and use experience.

Simply speaking, Go package provides a solution to the requirement of code reuse, which is an important part of software engineering.

In Golang’s official document, the definition of packages goes as following:

Go programs are organized into packages. A package is a collection of source files in the same directory that are compiled together. Functions, types, variables, and constants defined in one source file are visible to all other source files within the same package.

There are several critical points in the definition let’s review them one by one.

To have a better understanding about these three points, let’s check the structure of the net package in the Go standard library. 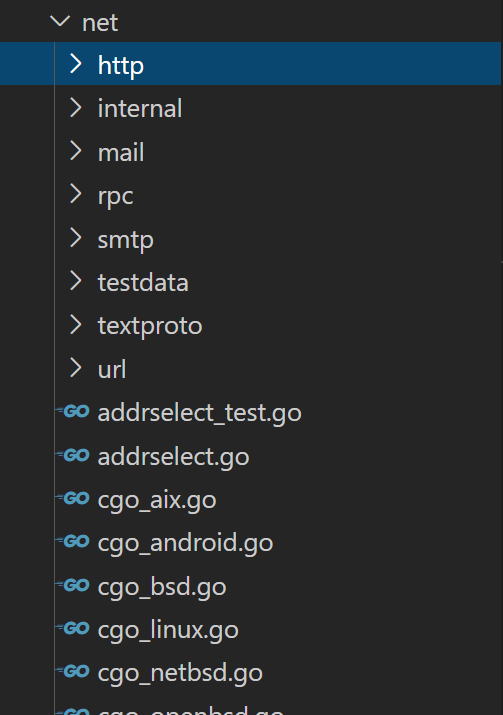 All the .go source files directly under the net directory contain the following pacakge declaration on the top of the file:

This means that it is part of the net package.

Different from other language like Javascript, Golang package doesn’t provide keyword such as export, public, private and so on to explicitly export members to the outside world.

For the library package we mentioned above, when it’s imported the init method will be called automatically. You can do some package initialization work inside it.

For the main pacakge, it must provide the main method as the entry point when it’s running.

Use and Import Go package

Before Go Module was introduced, the development of Golang application is based on the Go workspace. In this post, I’ll focus on the solutions based on Go workspace. Go module is another topic I will talk about in a future post.

By convention, all your Go code and the code(or the packages) you import, must reside in a single workspace. A workspace is nothing but a directory in your file system whose path is stored in the environment variable GOPATH.

As a new comer into the Golang world, at the beginning the GOPATH workspace configuration confused me a lot.

For example, you want to use third-party library Consol in your application. After you run

The library is installed on your local machine. The code would be cloned on disk at $GOPATH/src/github.com/hashicorp/consul

In your application, you will import this library in the following way:

Thanks to the GOPATH mechanics, this import can be resolved on disk and Go tool can locate, build and test the code. Simply speaking, the package name maps to the real location of the package on your local machine.

But of course, this mechanics has many limitation such as package version control, workspace constrains an so on. That’s the motivation why we need Go module.

Beside the default way, there are several ways to import a package based on your usage.

Import as alias: this is useful when two packages have the same name. You can give any alias for an imported package as below:

Import for side effect: when reading source code of popular open source projects, you can see many package import in the following way:

It’s widely used when all you need from the imported package is running the init method.

For example in the above case, library pq is imported in this way. You can check the source code for pq library and its init method call sql.Register method for registration as below:

Internal package: this is an interesting feature to learn. Internal is a special directory name recognized by the Go tool which will prevent the package from being imported by any other packages unless both share the same ancestor directory. The packages in an internal directory are said to be internal packages. In detail you can refer to this artical.